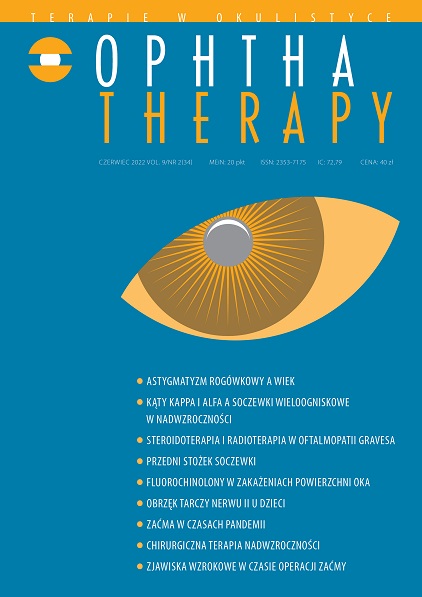 Graves’ orbitopathy is a rare autoimmune disorder characterized by the inflammation of orbital tissues. The course of disease can be described in terms of its activity and severity.

Aim: The aim of our study was to determine the factors affecting the activity and severity of Graves’ orbitopathy, as well as to identify the predictive factors of poor response to glucocorticoid treatment followed by orbital irradiation.

Methods: We performed a prospective observational study of 214 patients with Graves’ orbitopathy who were divided into two groups depending on the treatment they had previously obtained for their Graves’ disease. They received i.v. methylprednisolone pulses followed by orbital radiotherapy. They were examined and had their TSH, TRAb and FT4 levels evaluated prior to treatment and after 1, 6 and 12 months.

How to Cite
1.
Jagiełło-Korzeniowska A, Sokołowski A, Hubalewska-Dydejczyk A, Romanowska-Dixon B, Bałdys-Waligórska A. Factors affecting the course of Graves’ Orbitopathy and poor response to glucocorticoid treatment followed by orbital radiotherapy. Ophthatherapy [Internet]. 2022May19 [cited 2022Aug.16];9(2):98-105. Available from: https://www.journalsmededu.pl/index.php/ophthatherapy/article/view/1783
Issue
Vol 9 No 2 (2022)
Section
Conservative treatment

This work is licensed under a Creative Commons Attribution-NonCommercial-NoDerivatives 4.0 International License.

Copyright: © Medical Education sp. z o.o. License allowing third parties to copy and redistribute the material in any medium or format and to remix, transform, and build upon the material, provided the original work is properly cited and states its license. 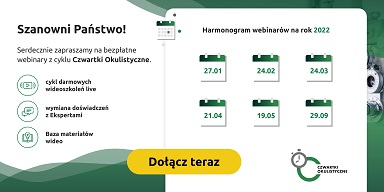 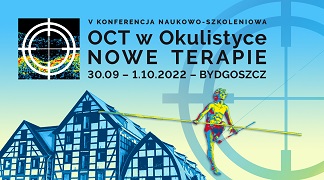 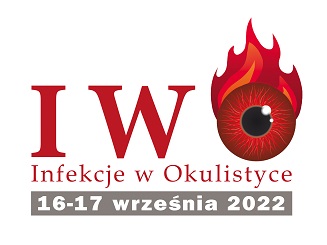